Letter to a young person. Reposted.


You are a smart person.  You know this.

You also have ambitions and talents that can be readily trained and developed for your future.
But you probably don't know quite how your desires and talents will fit into the "real world".

From what I've seen, I think the following steps are the ways to succeed and be happy in your career life:

1 - find out what sparks your interests, what motivates you to actually DO things on your own!
2 - look to the world and see how that talent/interest/passion was/is/or could be used
3 - get the credentials or training that field requires as entry requirements
4 - pursue your interest/field with a passion!
5 - if what you're doing becomes tedious, boring, uninspiring - go to step 1 and start over

A study of self-made millionaires was made to find out what they most had in common.  The millionaires were both well educated and poorly educated, wealthy and poor initially, from inspiring and uninspiring families.

The only common factor they found was that they each had a burning interest in their lives.  They got so engrossed with something that they thought and worked on it most of their waking hours.  It might even have been something that people thought was silly or unimportant. But at some point in their life, that skill, or interest, or invention became important to the world at large and they became the expert in that something that was very needed.  And so, they became wealthy, and sometimes even famous (but sometimes it is an advantage NOT to become famous)!

I think you have that same kind of spark.  I want to see you succeed with it!

You may have to work to get the credentials to enter your chosen field, but there are ways to even make taking tests "fun", or at least remove the fear from them.  I've learned some tricks like this and probably your Dad has too, whether he realizes it consciously or not.

Find out your passionate interests.  Write them down.  Figure out how to prepare for them, even now and maybe even begin pursuing them.   Share them with your family and ask for their ideas and inputs.  They may know of talents you have that you've not considered!

As Spock says...'Live long and prosper!'

Popular posts from this blog

Reposted from a dear friend. 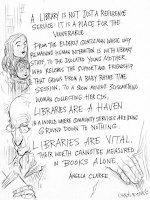 May 01, 2019
Bill here. Wanted to let you know what we're doing to help our valued customers. Easier: We're rewriting our software to be easier for customers to manage. Earlier versions of the software required administrator privileges. And the user account control needed to be disabled. Our current version will only require administrator privileges for installation. Updates to the executable files will be optional and may prompt for administrator login. R&D: We are trying to implement new hardware. For example we are trying to add EMV (credit card chip) compliant payment systems. This is encrypted end to end. This eliminates the ability for computer viruses or keyboard listeners from intercepting patron card data. Even our own software will not have access to it. Security: We purchased a code signing certificate. This expensive bit of software is for your protection. When you download a software installer (.msi file) from our website, you can view it's properties and see t
Read more